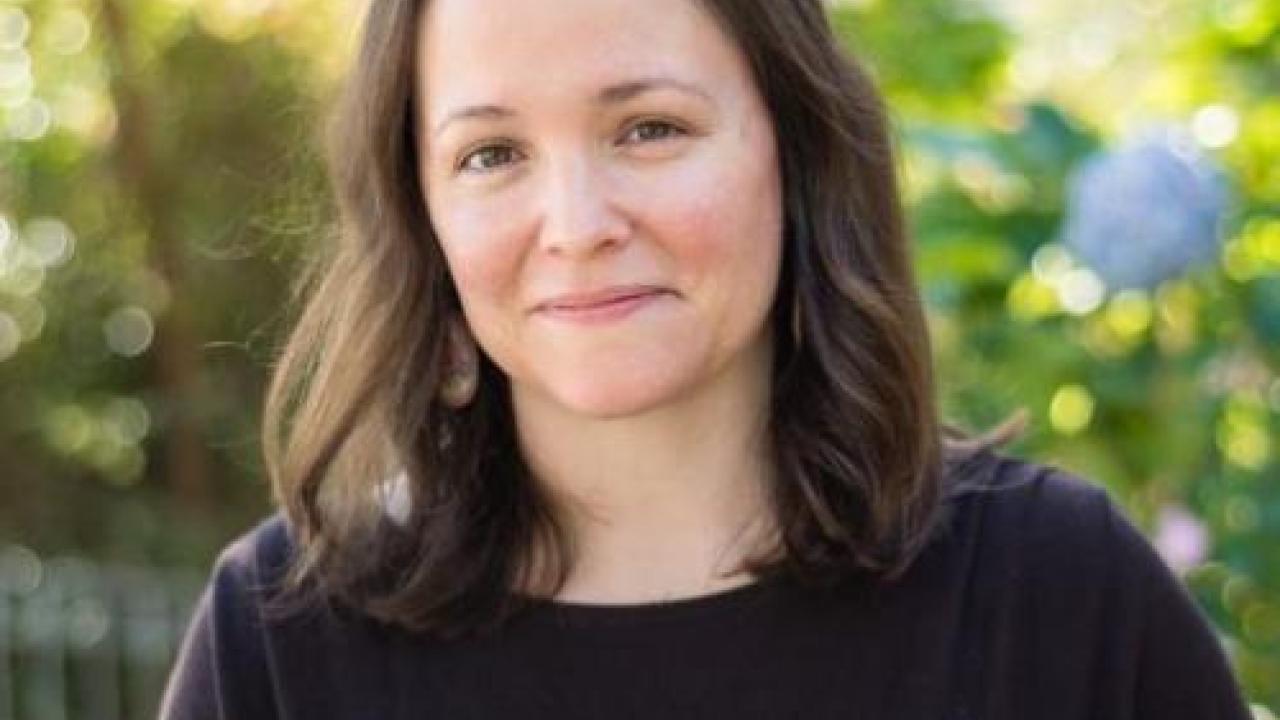 Dr. Bissett Perea Awarded Scholar of the Quarter for Fall 2022

P.L.A.C.E with CAMPSSAH is delighted to announce the recipient of our fall Scholar of the Quarter award–Jessica Bissett Perea (Dena’ina), Associate Professor and Graduate Advisor in Native American Studies!

Read the full story on the UC Davis Diversity, Equity, and Inclusion website.

The Scholar of the Quarter award is an initiative now in its second year funded by a UC Office of the President “Advancing Faculty Diversity” grant designed to improve faculty retention and satisfaction through peer recognition.

This award is designed to recognize faculty at the assistant or associate rank whose scholarship epitomizes scholarly or creative achievements that involve diverse communities with a commitment to social change.

Applicants were evaluated on whether they developed innovative curriculum that engages diverse student populations with collaborative work in communities; demonstrated a long standing commitment to advocating on behalf of underserved communities; produced creative or scholarly work that brings awareness to critical issues facing marginalized communities; and conducts research that challenges “normative” disciplinary boundaries.

Professor and Director of the  Human Rights Studies program, Keith David Watenpaugh, who nominated Dr. Perea cites her engagement and holistic approach to mentoring the next generation of Native American scholars as what impresses him most. That attention to the person, to help them “grow as a scholar and human being” and positioning them “to achieve professional success,” is what makes her a worthy recipient of this award.

One of her graduate students, Lauren Peters, credits Perea as the reason she is at UC Davis.

As a first-year, first-generation graduate student, and fellow Alaska Native, Dr. Perea has gently been recruiting me to NAS with encouragement and inclusiveness for several years. She has been instrumental in matching my interests with potential grant opportunities and introducing me to mentors for my Designated Emphasis in Human Rights. She inspires her NAS students to challenge themselves in Indigeneity-centered work with, by, and for Indigenous people.

Professor Perea is also a faculty mentor with the UC Davis Humanities Institute’s Public Scholars program where she is guiding graduate student Jason Hockaday’s work that is determining a protocol of sharing and use for ancestral recordings housed in archives such as the Library of Congress. Hockaday credits Perea with helping him “develop skills  for balancing our responsibilities to Indigenous communities as Native American Studies  scholars with our responsibilities to coursework and research.”

Of course, Professor Perea is also a leading scholar in her field. She is an interdisciplinary musician-scholar whose Indigenous-led and Indigeneity-centered work advances radical and relational ways of being, knowing, and doing to generate more just futures for Indigenous communities. Her first book Sound Relations: Native Ways of Doing Music History in Alaska (Oxford University Press, 2021) delves into histories of Inuit musical life in Alaska to amplify the broader significance of sound as integral to Indigenous self-determination and resurgence movements.

Her current projects include co-directing the “Radical and Relational Approaches to Food Fermentation and Food Security” project, which is supported by an international partnership with researchers from Ilisimatusarfik Kalaallit Nunaat (Nuuk, Greenland) and co-convening an Asia-Pacific Indigenous Studies seminar in partnership with researchers from Universiti Malaya (Kuala Lumpur, Malaysia). The Inuit fermentation project is particularly significant in that it combines interdisciplinary, Indigenous community-centered research methodologies and was awarded a  $298,000 National Science Foundation planning grant to “engage with Inuit fermenters in Greenland and support them in identifying the challenges and opportunities for creating a resurgence in Inuit fermented foods” (Day, 2021).

“Dr. Perea’s collaborative work with colleagues at UC Davis and globally, her strong mentoring of students at all levels, and her ability to engage with Indigenous communities in ways that recognize historical legacies and empowers a renewed future is exactly the sort of scholarly work that we want to elevate with the Scholar of the Quarter award,” remarked Kimberly Nettles-Barcelón, the P.L.A.C.E.  grant’s Principal Investigator and Associate Professor of Gender, Sexuality and Women’s Studies.

The Scholar of the Quarter will receive a $1,000 Academic Enrichment Fund as well as a certificate of recognition.