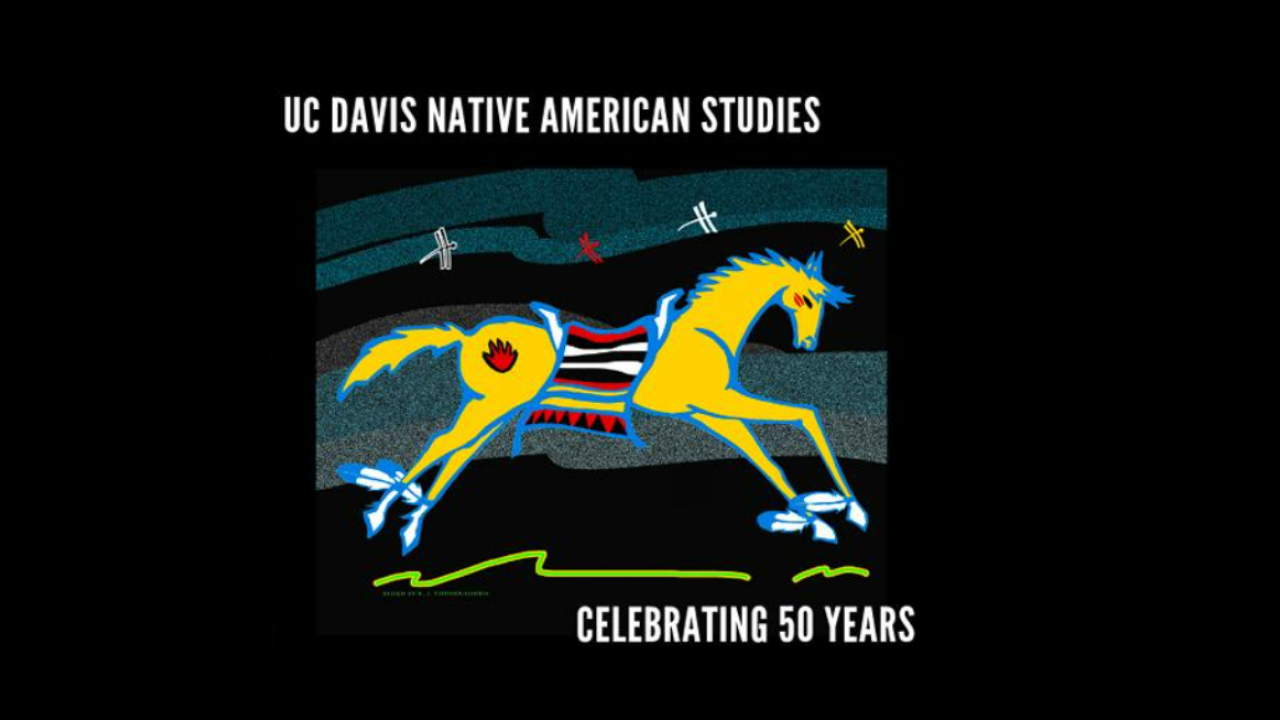 On Tuesday, February 15, the Native American Studies Department hosted Aviaja L. Hauptmann, an Inuk microbiologist from Kalaallit Nunaat (Greenland) and visiting postdoc at UC Davis, who gave a talk about her work on Inuit food systems and the microbial potential of traditional Inuit food practices.

Hauptmann opened her discussion of Inuit foodways by briefly highlighting the unique features of the Inuit diet, which is primarily animal based. Inuit foods are traditionally prepared in nature, are often eaten raw, and include some dishes in which the animal is consumed whole. All of these factors give Inuit foods a unique and diverse microbial profile, especially compared to industrially-produced food products. After describing Inuit foods in general, Hauptmann detailed several studies of specific Inuit foods that she has conducted, using these examples to demonstrate the importance of Inuit foodways and Indigenous knowledge.

Hauptmann first described her investigation of ammassak, also known as capelin, a small fish that is traditionally dried and eaten whole. Each family has their own way of drying capelin, with methods ranging from hanging the fish outside, laying them to dry on vegetable matter, and even collecting the fish that wash up on shore and dry naturally. Hauptmann collected samples of fish from different families and discovered that each method and location encouraged the growth of different types of microbes. These microbes significantly influenced the flavor of the fish, contributing to regional differences in taste. Moreover, she discovered that all the homemade samples she tested had a much higher diversity of microbes than industrially-produced capelin. Finally, she noted that capelin provides many essential nutrients, including high levels of calcium. In Greenland, children are encouraged to drink milk as a source of calcium despite the fact that many people in Greenland are lactose intolerant. What if, instead of focusing solely on milk, scientists incorporated these traditional foods into their dietary recommendations?

In her next example, Hauptmann discussed Inuit foods made from tuttu, or caribou. Specifically, she focused on caribou stomach contents. The fermented processed plant materials created by the caribou during digestion are a traditional delicacy for many Inuit people. In analyzing these stomach contents, Hauptmann discovered that they contained a high diversity of prevotella, a type of microbe that feeds on plant matter. While it might seem obvious that the stomach of an herbivore would contain these microbes, Hauptmann argued that this apparently straightforward fact contains an important lesson. Like the caribou, human beings’ intestinal ecosystems constantly adapt based on what we eat. This means that Inuit people—whose diet is almost entirely animal-based—have healthy gut microbiomes specialized to help them extract optimal nutrients from that diet. Hauptmann argues that this is one example of why Inuit culture traditional diets have to be taken into account when making dietary recommendations. What may be healthy for one group may not be the optimal diet for everyone.

These two studies taught Hauptmann to take what she calls a “strength-based approach” to food practices; rather than seeking to improve diets by identifying presumed weaknesses or deficiencies, she starts by asking what the strengths of a given food system might be and how those strengths can be supported and built upon. These studies also demonstrate the value of Indigenous knowledge—knowledge that Hauptmann argues is not only useful for understanding Inuit food practices, but should also be incorporated into Western food science and scientific approaches more broadly. However, settler scientists and dieticians have historically demonized Indigenous food practices, especially the many types of fermented foods created by Indigenous people throughout Greenland. The stereotyping of traditional foods as “disgusting” or “unclean” continues to influence government regulations to this day.

As an example of the impact of government regulations on access to Inuit foods, Hauptmann told a story about her own family’s tradition of eating eider eggs. Remembering her grandmother’s love for this traditional food, Hauptmann highlighted the connection between food, family, and memory. Food is one way of staying connected to family members who have passed away, to a specific region, and to one’s culture. Yet, collecting eider eggs has been illegal in Greenland for decades after settlers banned traditional Inuit egg gathering so they could harvest the birds for their down. Hauptmann pointed to these types of regulatory practices, from colonial-era laws to contemporary environmental policy, as places where Inuit people should be made an integral part of the decision making process.

Throughout the talk, Hauptmann returned to the idea of trust: trusting the caribou and the capelin to create food that is healthy; trusting traditional knowledge about how to prepare food that is both safe and flavorful; and trusting Inuit people to make decisions about the food practices and regulatory policies that affect them. She ended the presentation, however, by highlighting a different kind of trust – trusting one’s collaborators. She thanked her fellow researchers in the Radical and Relational Approaches to Fermentation and Food Sovereignty research cluster and shared her experience learning alongside them. Like her work with the caribou and the capelin, her time with the research cluster has underscored the importance of collaboration, trust, and community in creating new forms of knowledge.

Dr. Bissett Perea Awarded Scholar of the Quarter for Fall 2022